New chair at the Fraunhofer Group for Microelectronics

Since January 1st, 2020, Prof. Albert Heuberger (Fraunhofer IIS) has been the new spokesman of the Fraunhofer Group for Microelectronics’ board of directors as well as the chairman of the steering committee of the Research Fab Microelectronics Germany (FMD). His new spokesmanship also makes him a member of the Fraunhofer-Gesellschaft’s presidential council. The new deputy spokesman is Prof. Christoph Kutter (Fraunhofer EMFT).

Prof. Albert Heuberger has been Executive Director of the Fraunhofer Institute for Integrated Circuits IIS since 2011. The institute has about 1050 employees and its research is oriented towards two main topics: audio and media technologies and cognitive sensor technology. Prof. Heuberger is, among other things, member of the Scientific and Technical Council (WTR) of the Fraunhofer-Gesellschaft, member of the Executive Board of Medical Valley Europäische Metropolregion Nürnberg (EMN) e.V., on the university council of Technische Hochschule Nürnberg Georg Simon Ohm and the Coburg University of Applied Sciences and Arts, as well as in the Program Committee for Communication and Navigation of the German Space Agency. In 2017, he was appointed to acatech, the German National Academy of Science and Engineering. Prof. Heuberger began his career at Fraunhofer IIS in 1987 as a research assistant after completing his primary degree. Prof. Heuberger received his doctorate in 2005 on “Quality of Service in Digital Satellite Broadcasting” at the Friedrich-Alexander-Universität Erlangen-Nürnberg.

Prof. Christoph Kutter has headed the Fraunhofer Institute for Microsystems and Solid State Technologies EMFT since July 2012, which is focused on sensor and actuator solutions. Prof. Kutter holds the professorship in the field of solid state technologies at the Bundeswehr University in Neubiberg near Munich. From 1995 to 2012, Prof. Kutter held various management positions at Infineon Technologies AG and Siemens AG, including as head of development of the communications division, chip card, and central research. Prof. Kutter was responsible for several central improvement projects to increase efficiency in research and development and led the company-wide innovation initiative. From 1990 to 1995, Prof. Kutter worked as a scientist at the Max Planck Institute for Solid State Research at the high field magnet laboratory in Grenoble, France. He received his doctorate in 1995 at the University of Konstanz in the field of semiconductor physics and electron spin resonance. Prof. Kutter is, among other things, speaker of the Strategische Partnerschaft Sensorik e.V. as well as a member of the VDE executive committee, member of the board of trustees of the Eduard Rhein Foundation, and member of the scientific advisory board of the Bavarian Research Foundation.

Nine years of successful work at the Group for Microelectronics

For nine years, Prof. Hubert Lakner (Fraunhofer IPMS) was the spokesman and Prof. Anton Grabmaier (Fraunhofer IMS) the deputy spokesman for the board of directors of the Group for Microelectronics. From 2017, they also led the steering committee for the newly founded Research Fab Microelectronics Germany (FMD). Prof. Lakner and Prof. Grabmaier initiated the preparation of numerous national and international strategy and cooperation papers. Among other things, this led to the establishment of the FMD in April 2017, which is funded with approximately 350 million euros by the German Federal Ministry of Education and Research (BMBF). 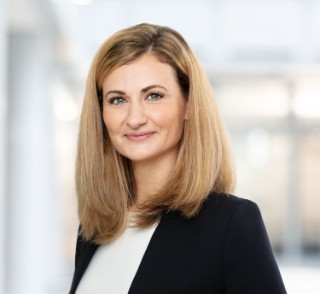